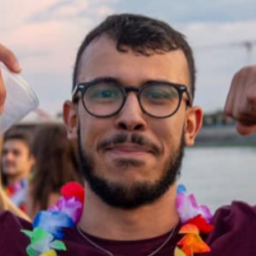 If you're planning to buy Countdown to profits, you really need to wait a minute and read this honest review

This is a system that claims you're going to earn real money within a few weeks.

It's certainly full of hype and lies, however it's not entirely a scam

Countdown to profits is going to sell you another program that is legit where you can make money if you take action.

If you want to learn more and make sure this program is legit and real just read my very honest Countdown to profits review!

Without wasting time, let's get into it!

My #1 Recommended Training for Newbies

What is Countdown to Profits?

Countdown to profits is a get rich quick scheme

This program claims that anyone no matter what background they have they can make money easily and quickly within a few weeks.

Another thing I have noticed is the limited spots tactic

But that's totally fake as this is a code they have on their site that will automatically show your country or city on that page.

They have that fake limited spots thing on their page just to make you act quickly to buy Countdown to Profits.

Many people do fall for these scarcity tactics but now you know that they may be fake.

Another thing is when you give out your email address, phone number and name, these may be sold to third party advertisers

As you can see this system is fake and lying

In a few words, Countdown to Profits is a program that promises a lot but under delivers

If you want a legit opportunity check out

My #1 Rated Work at Home Training for Newbies

How Does Countdown to Profits Work?

Countdown to profits has 3 membership levels which are the following:

Mobe is a digital marketing learning platform where people learn how to start online businesses from scratch.

In a few words this is an expensive program that requires massive investments upfront.

I'm not going to go deeper in explaining what MOBE is as I have already written a full review on it!

Needless to say that they just want to get as much money as possible from you.

Programs like Countdown to profits don't want to help you make money, they want to get richer and richer only.

Here are some programs that operate exactly like Countdown to profits

In a few words, Countdown to Profits is not a real program, it's planning to sell you another program called MOBE which is extremely expensive

Countdown to Profits is owned by a person called Richard Paul

Who is Richard Paul?

He claims to be a millionaire but there is literally no information about him online. Can You Make Money with Countdown to Profits?

Countdown to Profits wants you to invest in another program called MOBE.

The latter is not a scam program

This does not mean that Mobe doesn't work or something

Success with this system is based on personal effort

There are people that makes millions with it

After spending lots of money they fail to make money!

With that said with Countdown to Profits you can make money

Just remember you need to put in effort and money while forgetting all the hype and unrealistic income claims.

Is Countdown to Profits a Scam?

I think Countdown to Profits is a scam

Even the owner is fake and associated with other scams that I have linked above on this review.

Here are more scam signs that prove that countdown to profits is a scam.​

One second, if you're in a hurry and want a legit way to earn money

Check out My #1 Recommended Training for Newbies

Richard Paul promises to give you back $500 if you don't make money within 30 days.

But the $500 money back is fake and unethical

You will find this.

When you complete the training without making money in 30 days you will have spent over $8,000!

You may get $500 back but it's ridiculous when you have spent over $8k!

One second, if you're in a hurry and want a legit way to earn finally start making money

Check out My #1 Recommended Training for Newbies

If you're a BBB person, Countdown to profits has a terrible BBB Rating They have got 3 complaints and 0 positive reviews

You have probably noticed some facebook comments under the video presentation

You need to know that those are all fake

They just want to put you in hurry mode It basically shows everyone that there are limited spots.

Countdown to Profits is advertised to be for $97 only

However as you go forward with the 21 Steps Mobe training

you will be gradually charged money until you reach $70,000 if you let them!

The worst part is the majority of the MTTB members spend lots of money without even earning it back.

Countdown to Profts claims you're going to earn over $4,000 per day within a few days

Then you're redirected to buy Mobe

It's not because Mobe is bad

There are many Mobe sales funnels like Countdown to Profits

Here are some examples:

I don't think Countdown to Profits is a legitimate business

In a few words, you can make money with Countdown to Profits if you forget the hype and unrealistic income claims.

With that said, I don't recommend you to join Countdown to Profits

Because of all the lies and unethical tactics they do.

If you want to start an entirely legitimate online business

and you don't want to invest massive money upfront

There is a training I recommend

This online business training for newbies is legitimate and does work!

Learn More about My #1 Recommended Training!

Do you have any experiences with Countdown to profits?

Your opinions will definitely help the next visitor!

Just leave comments below or share this review with your friends!